At long  last, summer has arrived- though I’m not sure it’ll last very long! Either way no summer is complete without sun, sea and SWEAT!

Nothing screams British summer more than garden BBQ’s and drinking Pimms by the bucket load, but lets not digress from the fact that you’re probably going to end up playing a competitive game of family rounders to burn off that fourth burger that definitely doesn’t fit your macros. But fear not bruh, because I’ve got three amazing products to share with you that will help combat those sweaty summer situations! 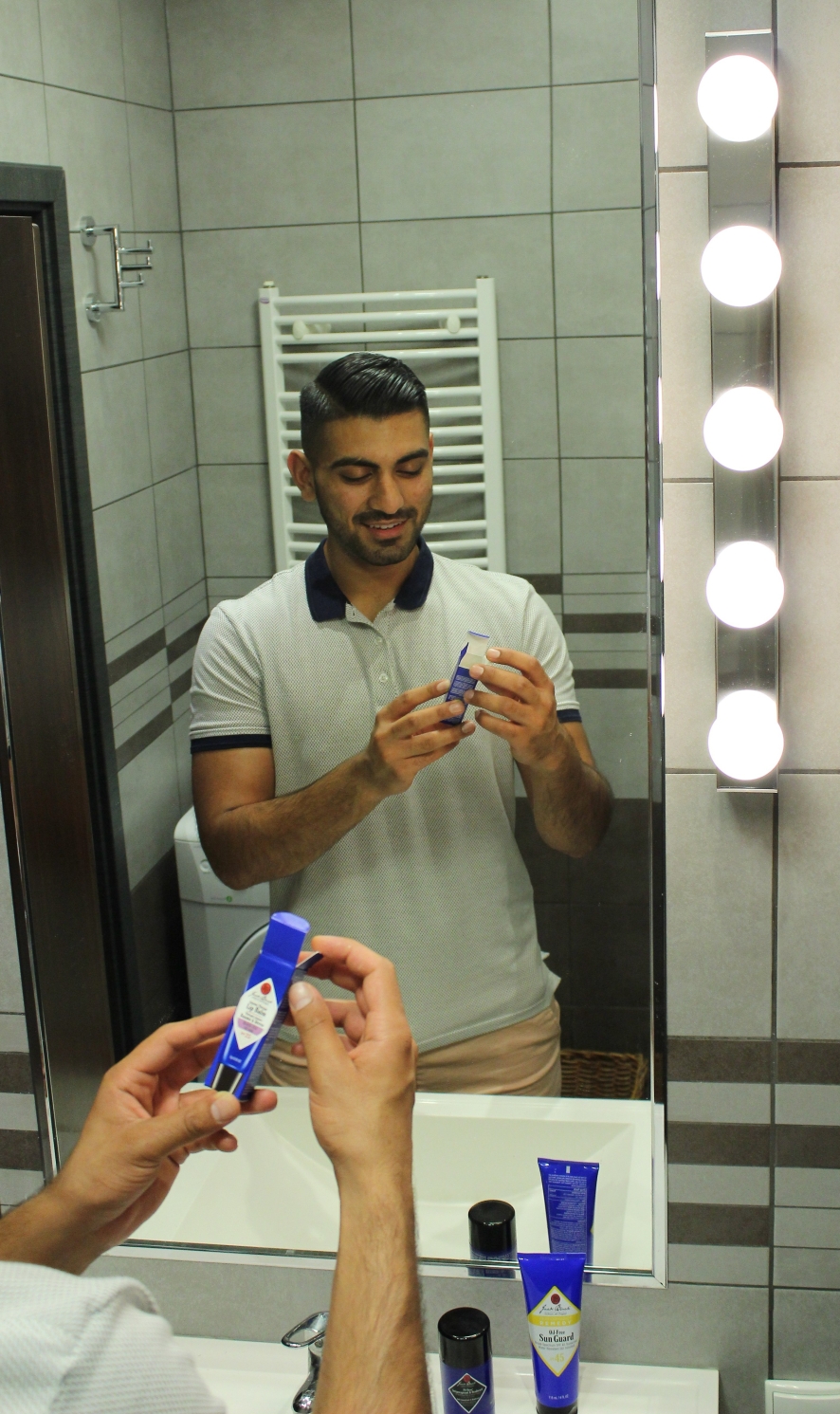 I’m going to start things off with this little bad boy! I find I get dry lips really quickly, especially during the summer when I’m constantly blasting the AC.

Now to me a lip balm is a lip balm, so for the past four years or so I’ve just picked up the same old, little, trusty tub of Carmex time and time again. Don’t get me wrong Carmex works wonders but it does my head in when you add a little bit too much and it looks like you’ve been using your missus’ lip-gloss and spend the next minute swiping your hand over your lips to try and get the excess off.

This little tube of Jack Blacks lip balm was a pleasant surprise! It smells good for starters- it doesn’t have that potent, artificial fruity scent and even better- it doesn’t give you that crazy glossy lip either. 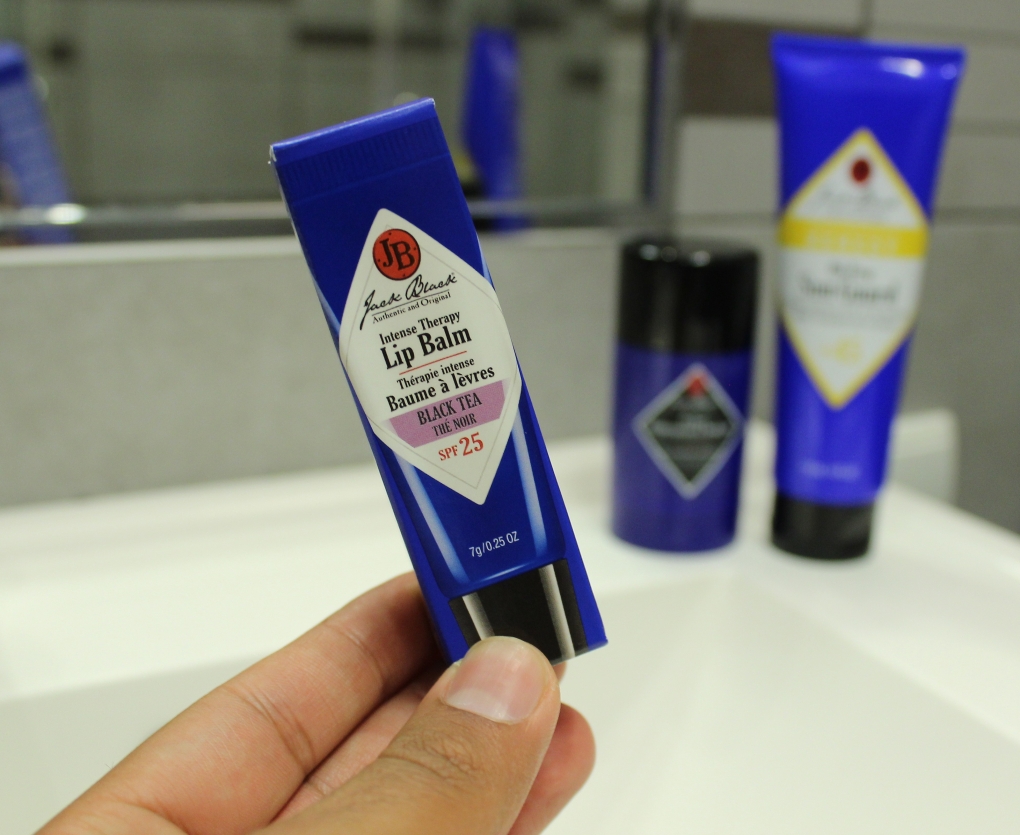 In terms of actual effectiveness, I found it has a good lasting power so you don’t have to add more after every sip of cider.

It has really nourishing ingredients such as shea butter, avocado oil and a good dose of vitamin E too!

What really stood out to me is that it has an SPF of 25, offering protection against UVA and UVB, so rest assured you’re going to be well protected, not just in the summer, but all year around.

God knows how they manage to pack all that in to a little tube! 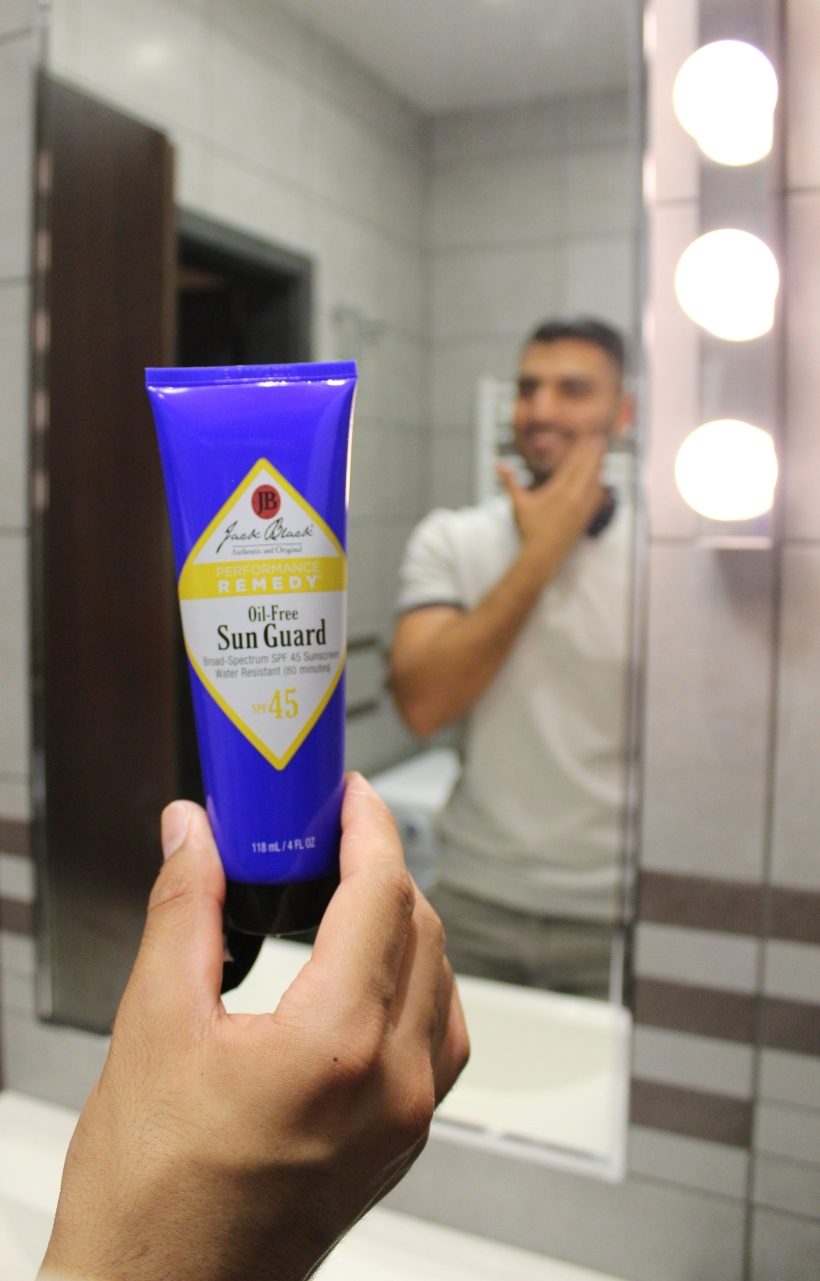 Mateeeeeeeeee, where do I even begin with this?!

This has been a game-changing product for me and definitely a new staple in my skincare collection.

It’s so easy to find moisturisers with SPF protection these days but this knocks all the others for six. 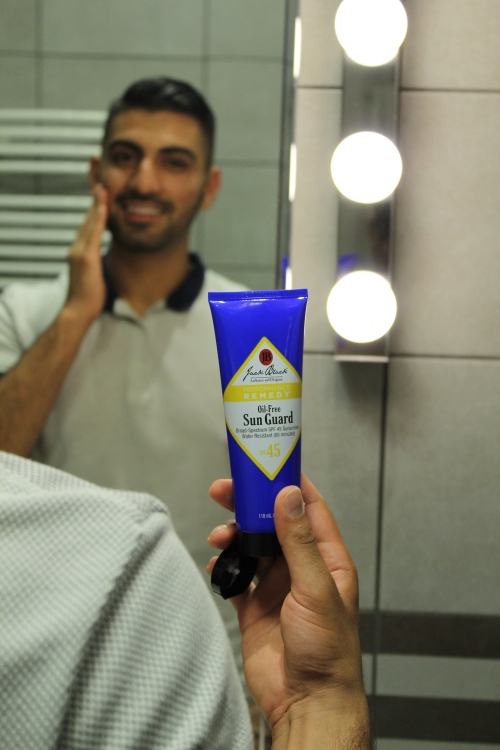 Firstly it doesn’t leave you with that blue-white, greasy sheen like many moisturisers with added SPF do. Secondly, the craziest thing is how matte your face stays looking throughout the day. I have the craziest oily skin and I genuinely haven’t ever found a moisturiser that’s kept me as matte as this does.

Normally by around 10am I’m using a tissue to wipe the excess oil from my T-zone, but with this I can go the whole day without needing to pat my face down and still look matte.

I thought it would clog my skin up and giving me loads of blackheads from the effective of stopping my face being so oily but it’s actually helped clear my skin if anything!

Again it offers UVA and UVB protection and is even water resistance. Most moisturisers with added SPF don’t exceed more than SPF 30 at best, but Jack Blacks has SPF 45.

If you’ve been following me for a while you’ll know I’m a roll-on deodorant convert- notice I said roll-on.

Now when I got my hands on this deodorant stick, I thought I’d gone too far. I have this vivid memory of being about 14 and using a Givenchy Gentleman deodorant stick (gentleman? Mate I’d barely hit puberty), now I quickly steered clear of deodorant sticks because I remember that particular one pulling on my armpit hair when I used it and basically giving me a free wax.

Anyway I gave this a go, mainly because it smells nice and fresh and found it went on really smoothly and evenly. It didn’t leave me with chunks of deodorant or mark my clothes either!

I know a lot of people are opposed to roll-on/ stick deodorant’s because they think its unhygienic but I only have to put this on in the morning when I’m fresh out of the shower and then I’m good for the entire day- which is vital during the summer because I find you never know where your days going to end up and you’re often out a lot longer than intended.

If you’ve used the Loreal men expert roll-on you can expect a similar lasting power, but I do think you get more product for your money with this.

So there we have it, my three summer essentials to stop the sweat! If you try any of these drop me a message and let me know what you think! As I said the entire Jack Black range is available over at Male Skin and MMUK!